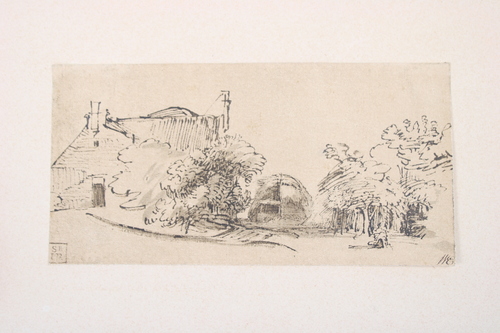 Add to shoppingcart
Product added
Any question? Don't hesitate to contact us.

A reproduction of a drawing of Rembrandt: a cottage. With marks of collectioners in the corners below, left and right. On the back: logo of 'uitgeverij Nijhoff' + 'alles komt teregt'. Also a written number '586', probably the numer of this drawing in the edition, probaly end 19th-beginning 20th century as Nijhoff published several books with paintings and drawings of Rembrandt as from 1863.
Dim: 17,5*8 cm, frame: 39*28 cm

Shipping Costs
Shipment possible or pick-up at the store